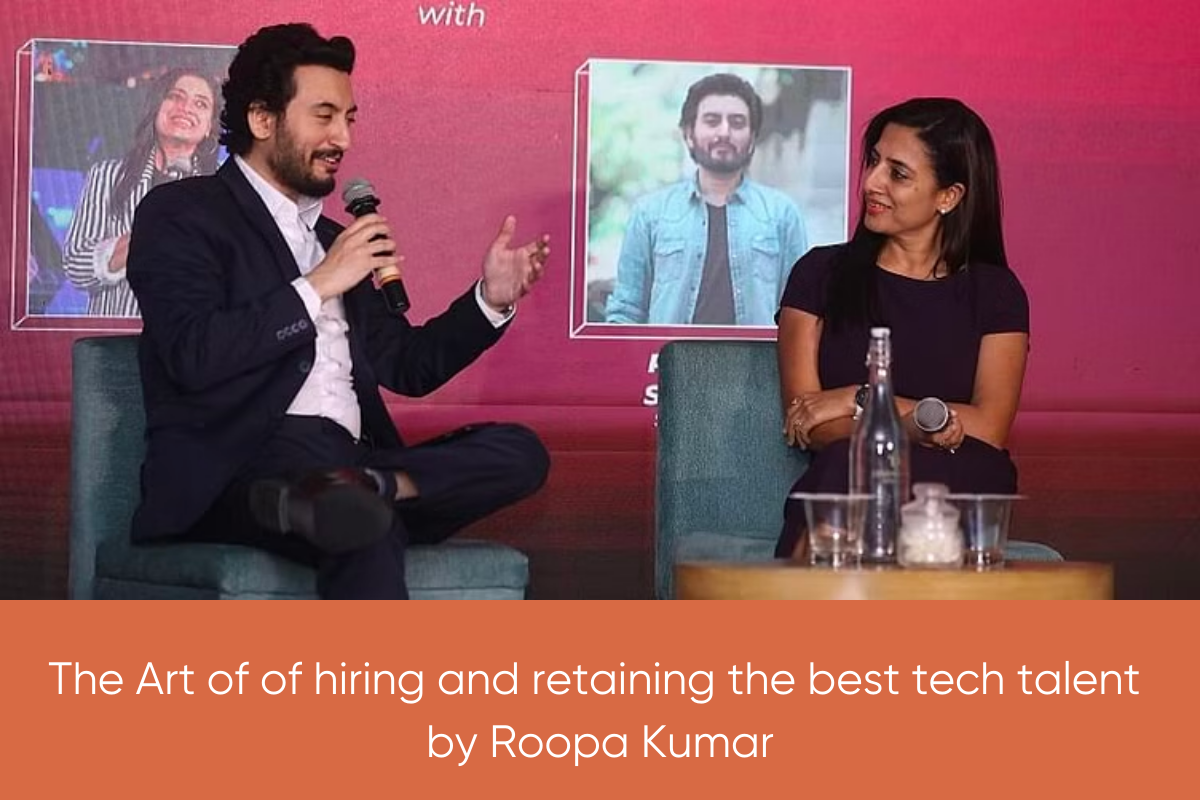 In a fireside chat at YourStory’s TechSparks 2022, entrepreneur, advisor and angel investor Roopa Kumar delves deep into the art of hiring and retaining the best tech talent.

The emergence of technology and mass layoffs have been the dominant themes at both startups and corporates. Roopa Kumar, Founder and CEO of CTO-recruitment platform Purple Quarter, has observed that since 2018, talent is moving back to India. This is not due to being laid off, but due to the tech opportunities in the country. “India has actually gone much ahead of what people think. As far as the layoffs are concerned, there have been unfortunate people who have gotten into this entire complex. I would still want to predict that in another 10 years, all this will get sorted out and you won’t really have so many layoffs happening after 10 years because you’d be able to predict the curve ahead of time,” Roopa said at the 13th edition of YourStory’s TechSparks, India’s most influential startup event.

Talking about attracting and retaining talent, she says that attraction happens when there is a lot of excitement or interest from the prospect. “If you look at technologists predominantly, they love to create an impact. They want to be part of a startup or a journey where they’re able to touch our lives seamlessly, whether you’re a B2C or a B2B does not matter. So the storytelling part becomes key for founders when you’re actually attracting talent. When you’re telling that story, you need to be clear about how you want to go about it and what you want this person to do. And if the candidate is able to do that, well, manoeuvre through that very well, then attraction becomes pretty easy,” she adds. Meanwhile, retention is all about outworking yourself from the competition by working and growing as a team, she added. “Wealth creation is another way to retain talent, the founder says. “This includes the ESOP policy, liquidation events, and how this will be useful in case the person needs,” Roopa said.

Roopa said that across the world, women have low representation in tech. For the percentile of women in tech to grow, the CEOs of companies should get invested and advocate for greater gender diversity. ”It is more like, you’re getting a tick mark and saying, ‘hey, we try it, but there are no women. That’s how it works in the real realm of the world. And it’s a shame. As a woman, I can say that there are multiple women out there who have been brilliant at what they do. But we want to encourage a lot more women in technology and this is what we have planned to do going forward,” she concluded.