Climate Technology: A Call for Change 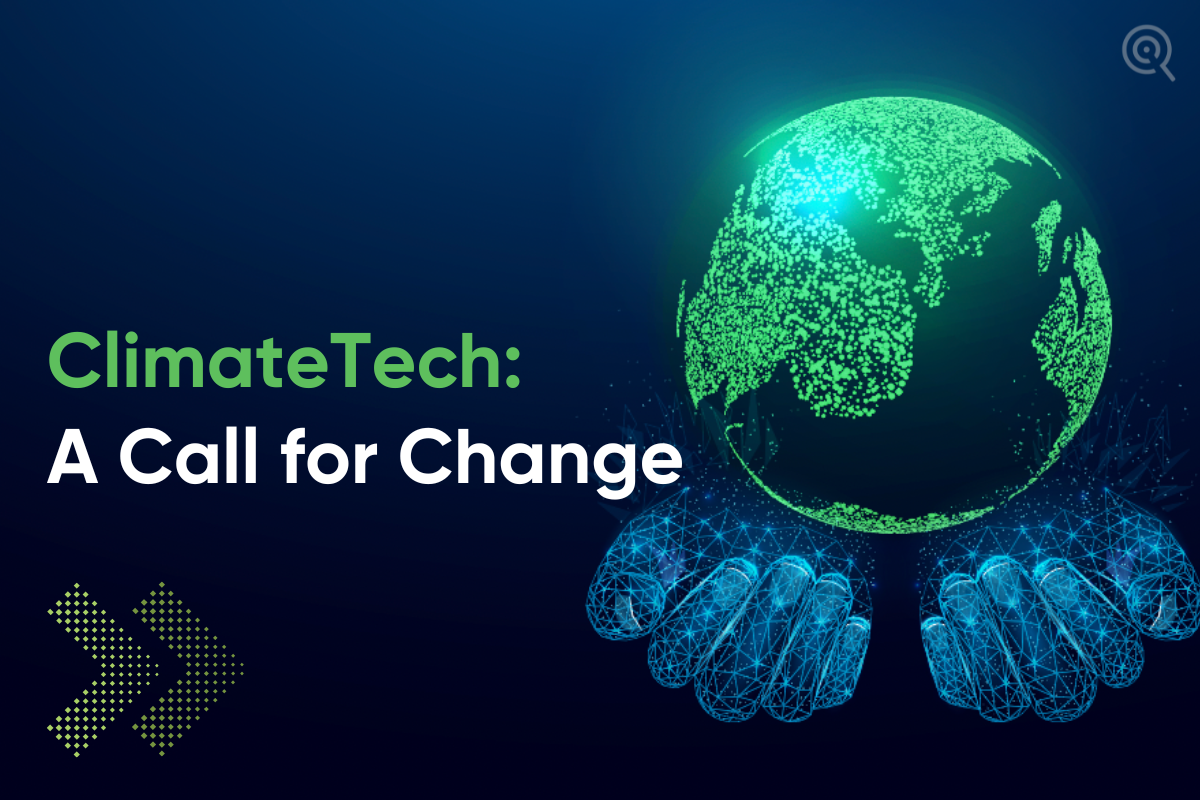 Years of emissions have led to long-lasting and often irreversible effects on the environment. Climate technology is now emerging to be one of the most important movers for economies at large.

Climate technology focuses on reducing greenhouse gas emissions globally to combat climate change. It works towards removing the adverse gasses and reducing further emissions. Some of the areas that climate technology is focusing on are – agri-tech, afforestation, carbon capturing and geoengineering.

Another popular concept much like that of Climate tech yet a tad different is Clean Tech. While Clean tech ensures the natural resources stay clean, for instance, water recycling, Climate tech’s primary goal is to reduce the emission of greenhouse gasses. There are however a few areas where Climate Tech and CleanTech overlap: Now more than ever, there are conscious efforts to clean up one of the world’s largest emitters of greenhouse gasses — India. Investments in transportation and energy solutions accounted for 78% of global climate tech investment in 2021, driving considerable growth. Venture Capitalists on a global scale should look out to invest in these ventures. These ventures are increasingly gaining popularity among environment-sensitive companies. In India, the capital is gearing up for the activity. Cities are charging up with electric charging signs. Funding and investments are being pumped into startups that are driving tech and sustainability. There is a growing focus on the environment and sustainability among India’s big conglomerates, such as Wipro, UltraTech, and Reliance.

Climate action-related technology is being backed by private capital. Of the $27 billion investments globally made in the first half of 2022, nearly $2 billion of the investments went to Indian firms. While India is taking steps towards a sustainable future, other nations like the US and China are also working around subsidizing and providing incentives to promote Climate Tech.

Several factors have contributed to India’s post-Covid resurgence, including improved roads, new infrastructure, and a turnaround in manufacturing. Green projects are now attracting a lot of money. It’s no surprise that early-stage investments have been drawn to mobility and transportation since the sector accounts for over 10% of India’s emissions.

A variety of projects are being undertaken by entrepreneurs, ranging from battery swaps to EV chargers to carbon accounting. The founders of these startups put more than just their capital behind these startups, they put their time, energy, and conviction behind them. Silicon Valley probably offered them a wide range of jobs. As a result, they have chosen to focus on solving problems in India as part of the transition process.

As India grows and energy consumption rises, experts believe that there is so much capacity to work around climate tech for a sustainable future. Early-stage investing in climate tech has already started to gain momentum with domestic VC closely following the trend. This trend is promising, leading new and aspiring entrants to find a platform for themselves.

When it comes to agriculture, sixty per cent of the Indian population works in this segment, making it the world’s largest agricultural powerhouse. It only makes sense that innovative startups begin to emerge in the agri-tech space. There is a projected growth rate of 25 per cent in agri-tech space by 2025 to bridge the gap in this highly unorganized industry. A pivotal role could be played by technology in supporting the rural population and meeting the country’s production needs. Poshn, Jai Kisan, and AgriGator are a few startups to watch out for in this segment. Alt-protein and alternatives, such as plant-based meat, have also seen enormous growth in disruptive food-tech networks. Among the startups developing agri-financing solutions for livestock farmers are Stellapps, Numer8, Aquaconnect, Livestoc, and DGV.

There has been a boom in investments due to rising concerns over climate change and technological breakthroughs. Electric vehicles, food and agriculture, and carbon removal received US$87.5 billion in venture capital funding in 2021. While solar and wind power, green hydrogen production, and agriculture have the greatest potential to reduce carbon emissions, they have received about 25% of funding in the past eight years—despite representing more than 80% of the emissions reduction potential by 2050. By comparison, mobility and transport accounted for 61% of the funding, despite representing just 16% of emissions.

A recent report published by Future Market Insights (FMI) states that the global climate tech market is expected to grow at a CAGR of 24.2% for the next decade. The market will reach a promising valuation of USD 16.9 billion by the end of 2022.

The demand for relevant climate tech solutions will reflect across industries such as power & energy, transportation, oil & gas, logistics and utilities. Increased technological advancements will frontend the industry’s accelerated pace.

To reduce emissions in the future, leaders & industry stakeholders should direct resources to areas with the greatest potential. A change in mindset is needed to extend time horizons for returns, develop proactive procurement strategies, and form new public-private partnerships that de-risk first movers in unproven technologies. For investors, businesses, and the planet, closing the carbon funding gap could accelerate the investment cycle for the next generation of climate-tech innovations.

Various countries are also focusing on using renewable energy projects to cut back on pollution, support the advancement of various sectors, including transportation, and provide a brighter future for the next generation. As consumers and businesses become conscious of the climate crisis, Green technologies are also being promoted by government agencies, which could spur long-term sustainable economic growth.