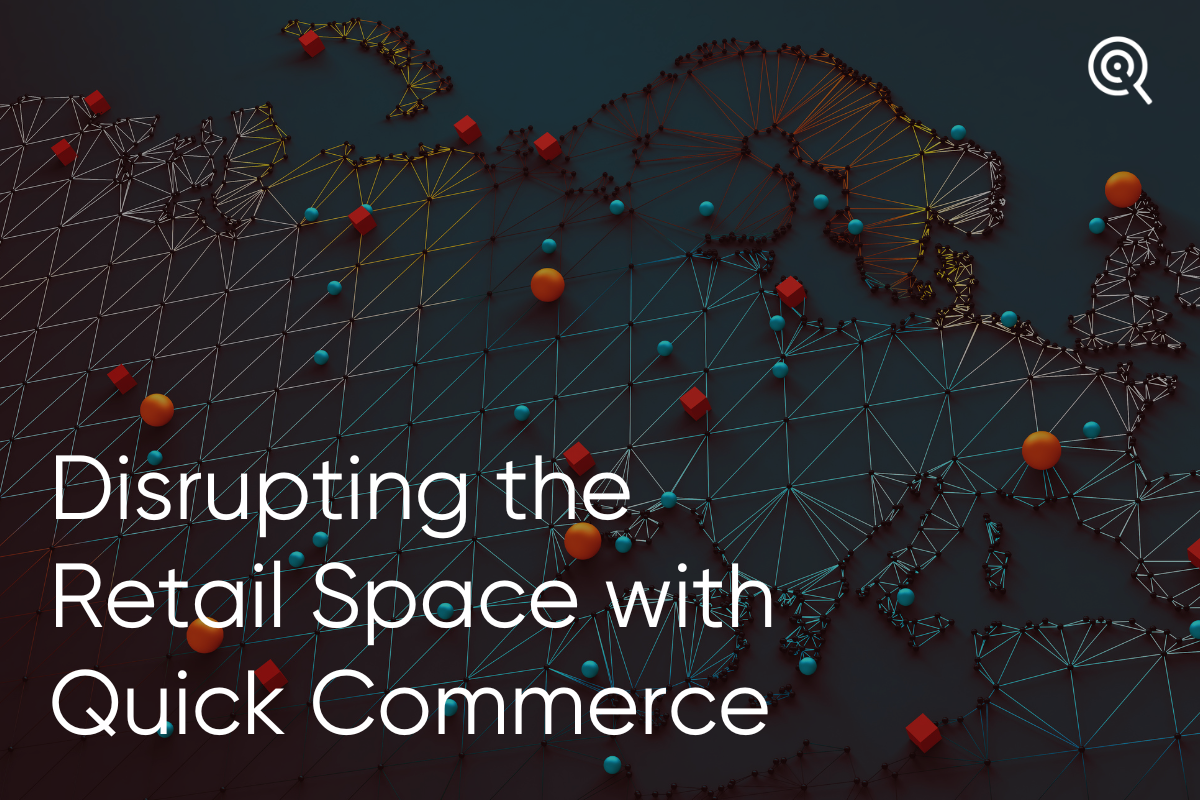 On a fateful day with back-to-back calls/ meetings what comes to our aid is a quick 15-minute snack delivery – courtesy of Quick Commerce – the newest approach to consuming commodities differently.

The Indian e-commerce ecosystem is currently buzzing with qCommerce or Quick Commerce, due to the pulsating popularity of “on-demand delivery” at our beck and call. Quick Commerce delivers groceries, food, medicines or any other items of daily use quintessentially within 10 to 30 minutes from the time of order. Companies have switched from warehousing and retailing systems to more convenient ways; either partnering with local grocery stores or more often setting up a network of dark stores closer to points of delivery to service the orders within the timeframe. And the race to deliver the fastest has only become more aggressive.

The driving force behind quick commerce is twofold, typically that of cost and convenience. Brands are tapping on providing convenience to the consumers while they charge a competitive price for the same. These brands have limited catalogues (for instance a limited menu in case of restaurants and limited items in case of grocery stores) which ensure ease of access and availability. Most of the time these brands tap on one of the two components while striving to master both. On a global scale, quick commerce has been more than just a recent addition to the trade and commerce ecosystem. However, in India, it is a rather fresh concept. Changing consumer buying patterns and behaviours during the pandemic majorly contributed to the emergence and acceptance of quick commerce in the metropolitan and tier 1 cities of India. The high demand directly reflects the increase in brands entering the market.

qCommerce does not intend to eliminate hypermarkets, rather its focus is on creating a more decentralized and localized kirana stores kind of space via close-knitted dark stores. Brands such as Dunzo, Swiggy Instamart, Blinkit, Zomato, Shadowfax and Zepto among others, leverage this model to deliver instant items in tier 1 and metropolitan cities of the country. It goes without saying that Tier 1 cities have the maximum participation and demand. It wouldn’t be wrong to say that what began as a means of catering to the high demands of instant delivery, has now become the norm of the day for many caught in the loop of a fast-paced lifestyle.

The growing demand has led to high levels of funding and equally fast growth of qCommerce in India. The consulting firm, RedSeer estimates that the Indian quick commerce market will increase to $5 billion by 2025 from the current $0.3 billion. What is notable is that middle-class and upper-middle-class households are primarily driving this faster deliveries trend. Instant grocery delivery start-up, Zepto, launched in 2021 bagged funding of $100 million taking its valuation to $570 million. Swiggy, a leading food delivery app, also expressed its interest in investing $700 million in its express grocery delivery service, Swiggy Instamart, to scale up non-food delivery categories. A synonym for quick delivery – Dunzo, raised $240 million in its latest funding to double its presence, and increase its dark stores. Food delivery giant Zomato too sees quick commerce as a ‘huge addressable market’ with investments in Blinkit (formerly Grofers) and proposing 10-minute food delivery on its own platform. Each of the qCommerce brands has its own network of dark stores backing its demand and supply chains. One of the sought-after quick commerce brands – Blinkit claims to have an extensive network of 300 dark stores catering to its huge customer base across the country. Swiggy Instamart on the other hand has 150 partnered sellers running dark stores for instant deliveries across cities. Moving on to Dunzo, which is currently operating 75 dark stores and envisions to have over 200 by the end of 2022.

qCommerce players have devised interesting opportunities for their operational scale. Tapping on to mass favourite, Cricket, in the IPL season, quick commerce is booming. As per ET, the discounting and advertising during IPL have helped Swiggy Instamart and Zepto record an almost 40% spike in orders during match hours compared to non-match hours. New opportunities pave way for new entrants, Ola, a cab service provider is partnering with Mukunda Foods to launch a quick 10-minute delivery service under the brand Ola Dash. The service is already live in some parts of Bangalore, making it the next competitor to the pioneers – Dunzo, Blinkit and others. When it comes to consumers, quick commerce adoption has mostly been well received. Pandemic-induced changing consumer patterns and behaviours have been the driving force primarily. Stuck at home or back in the office, consumers are opting for a faster shopping experience which is reshaping their purchase habits. Q-commerce gives consumers exactly what they want and when they want it. Speedy delivery and convenience cards have spelt magic for the quick commerce players. But on the backfoot, compromises on the quality of goods and safety concerns of the service providers have seen increased instances and raised valid concerns. But the burning question of the moment remains – is quick commerce really needed? The answer really relies on the demand and supply of the equation. If there is demand for the model and even higher demand for quick deliveries, then it is a win-win for all. Whereas if the demand is short-lived and only solves immediate concerns, the model might not be feasible in the long run. Either driven by demand or otherwise, quick commerce has undoubtedly taken hold of the urban Indian population. In the last two years, there has been a significant uptake of q-commerce in major cities such as Bangalore, Delhi, Chennai and Hyderabad among others. Whether qCommerce is a mere bubble or can successfully swim the rough waters of India’s diverse consumer bracket remains to be seen as the qCommerce industry explodes.