Evolution of Food Delivery in the Middle East 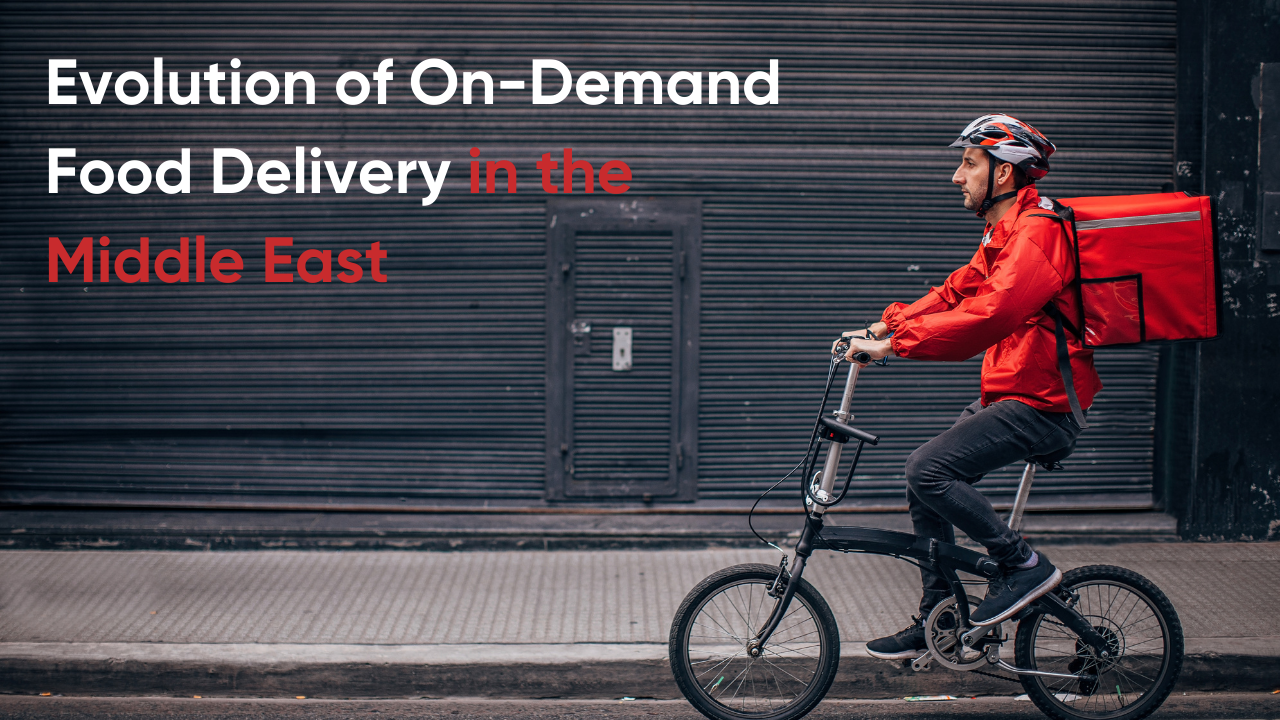 Food is a universal language, weaving through various cultures, ethnicities and economies. Recently, the movement of freshly cooked meals has evolved from kitchen-to-dining tables. This has gone all the way to cloud kitchens delivering food to people in remote places. On-demand food delivery is one such industry that has grasped the how what & why across economies. When Covid’19 halted operations across segments, the food delivery industry was undoubtedly at an advantage. Today, it’s a common sight for service provider representatives driving through the streets delivering fast meals in and around cities.

The Middle East is one such region where the food delivery segment has seen a healthy boost. Given the region’s rich and diverse food culture, it is only natural for the area to capitalize on its food delivery industry. According to Statista, it is estimated that the UAE’s online food delivery revenue is expected to reach US$2.18 bn by the end of 2022. With an annual growth of 6.33% overall resulting in a market volume of US $2.79 bn by the year 2026.

Geographically speaking, Saudi Arabia had the highest growth rate of food delivery revenue in 2019-2020. Positioning it as the winner in the Middle East followed by other regions such as UAE, Bahrain, Kuwait, and Qatar.

What really makes this market thrive are varied factors ranging from accessibility of numerous eateries, the convenience of delivery at the doorsteps and the availability of frequent promotions and offers that entice consumers to try out new dishes and restaurants.

Clearly, the demand makes way for service providers or players in the market. Over time UAE has witnessed a spurt in online food delivery players in the market spanning from grocery deliveries to on-demand food delivery or a combination of the two. When it comes to market share, Talabat leads the race closely followed by Deliveroo and Zomato taking the third largest share of the pie. Players in the food delivery industry

Launched in 2012, Talabat literally translates to “orders” in Arabic. Talabat is the largest online food delivery app in UAE. It is a subsidiary of Delivery Hero and currently operates in Kuwait, Saudi Arabia, UAE and Egypt among other regions. The app allows people to explore restaurants. To find their favourite cuisine, get food delivered to their doorsteps, make payments and much more. It is an integrated app that collates and delivers information and services of restaurants in and around the specified region. It is observed that Talabat has comparatively lower order and delivery pricing. When compared to other apps which give it a competitive edge. In UAE specifically, Talabat’s Y-O-Y growth in 2020 and 2021 was high, due to a rise in average order frequency and customer volume. According to measurable.ai, the most popular restaurants on Talabat are the fast food chains – KFC, McDonald’s, Pizza Hut and Burger King.

Deliveroo entered the market a year later in 2013, it is the most popular app in the UAE and has also expanded beyond the borders. Although Talabat ranks higher in volumes, Deliveroo attracts bigger spenders that focus on premium restaurants. With the recent investment from Amazon, the brand has plans for further expansions. It has an aggregate of 7.1 mn active users that avail of the services to order food from their favourite restaurants and have their meals prepared and delivered quick and hot. With its machine-learning algorithms, the app ensures the fastest delivery to its end consumers. The app has seen tremendous growth and success in UAE, it stands second after Talabat in the region.

Next in line is the India-based app – Zomato. It understands the core values of UAE making it a sought-after on-demand food delivery app in the region. Established in 2008, the company has made its presence felt outside the geographical walls of Asia. It currently operates in Dubai and Qatar and is quickly expanding throughout the UAE. As a food delivery aggregator, the company allows its consumers to browse all partnered restaurants, order food, make reservations, enjoy offers and much more. With consumers spoilt for choices, the app is a saver for fast orders from a favourite or “must try” restaurant in town!

Careem Now is another popular food delivery app contender in the region. It began its operations in 2012 offering services to the end consumers. Customers can earn bonus points by ordering food through Careem that can be further availed. One competitor of Careem was UberEats until 2020 when the latter acquired Careem expanding its reach and consumer base. Although Careem Now feasts on a small share of the market, it is an active player in the region.

Will the demand continue to rise?

In spite of the delivery giants, the Middle East market has a place for the younger entrants that are making their way to the top. Aggregating the on-demand food delivery and quick commerce services alongside other operational services are notable mentions of EatEasy, MunchOn, Eat Clean and Mrsool among others.

Despite its popularity in the Middle East, on-demand food delivery still poses its own set of challenges. Many players struggle with low penetration rates due to poor technological adoption limited to only a handful of cities. Improper handling of food leads to long-lasting issues between the service providers and the consumers. Limited operational and logistic expertise is another drawback that doesn’t allow for continued business growth. This also leads to the fear of more prominent players gobbling up the market share. To overcome the challenges certain players are compensating with favourable alternatives. The companies have realized that strong reward programmes are effective in winning the customer base. Thus, they are opting for subscription-based delivery models with renewed tactics.

Post-pandemic-induced digitalization, changing consumer preferences and consumption patterns have starkly reshaped the face of online food delivery services for good in the Middle East. With over $19 million in funding received in Q2 2022 by the region’s food delivery sector alone. The future of the industry looks promising as more activities are expected to further transform it.