Technology is the way forward: A look at Sequoia’s $1.35bn investment in India 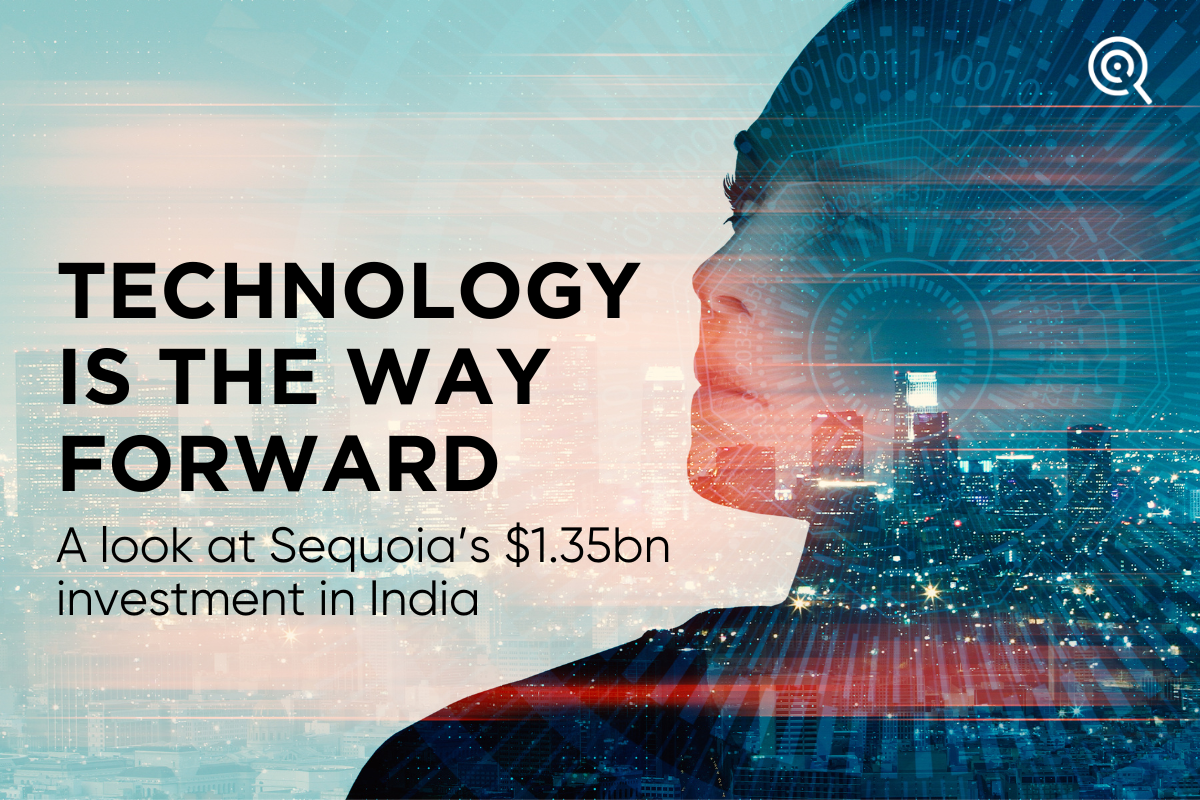 Another change that we’re seeing is that people are more willing to invest in startups after seeing the success of startups in India, the major cities being Bengaluru, NCR Gurgaon, and Mumbai. The most successful startups in India include Flipkart which was bought by Walmart for a value of $16b, and other notable startups from India are Ola, Swiggy, Zomato, Paytm, BYJU’s, and OYO, which are considered to be unicorns.

According to an article from Wharton, Entrepreneurship is embedded in India’s culture and economics. It might not have been technology-related but it only took the first wave for it to focus on technology. And that the last decade has seen a significant rise on many fronts such as startups, investment rounds, global investors, and internationalization.

But, now there are other factors to be considered due to the pandemic. These are times when the business models are going to be tested. They want assurance that their investments will reap rewards. Investors and CEOs are forced to introspect and calculate the unit economics in such a volatile market where cash flow is less and businesses are slow. When startups grow, it is difficult to measure their business at a large scale and the essence of business growth is unit economics. Simply put, it is the cost price and the returns from the acquisition. Given the situation of the pandemic where the businesses are losing out on revenues, it has become non-negotiable especially for startups to measure the ROI and spend/invest money smartly to ensure maximum customer retention and revenue.

But, the major reasons for this decision could be COVID which is going to expand tech business in the Asian market as companies are forced to digitize, also because Chinese apps and products are slowly being removed from the market and to match the manufacturing processes and to meet consumer demands and requirements, technology needs to be improved. Another reason could be visa restrictions which might cause the repatriation, and as per ET, with the lockdown, and the recruitment of IIM and IIT graduates being a little hazy, they would rather start a company of their own than risk being repatriated. Risks are high in both, but at least startups have more hope than with the way things are going in the other end of the world.