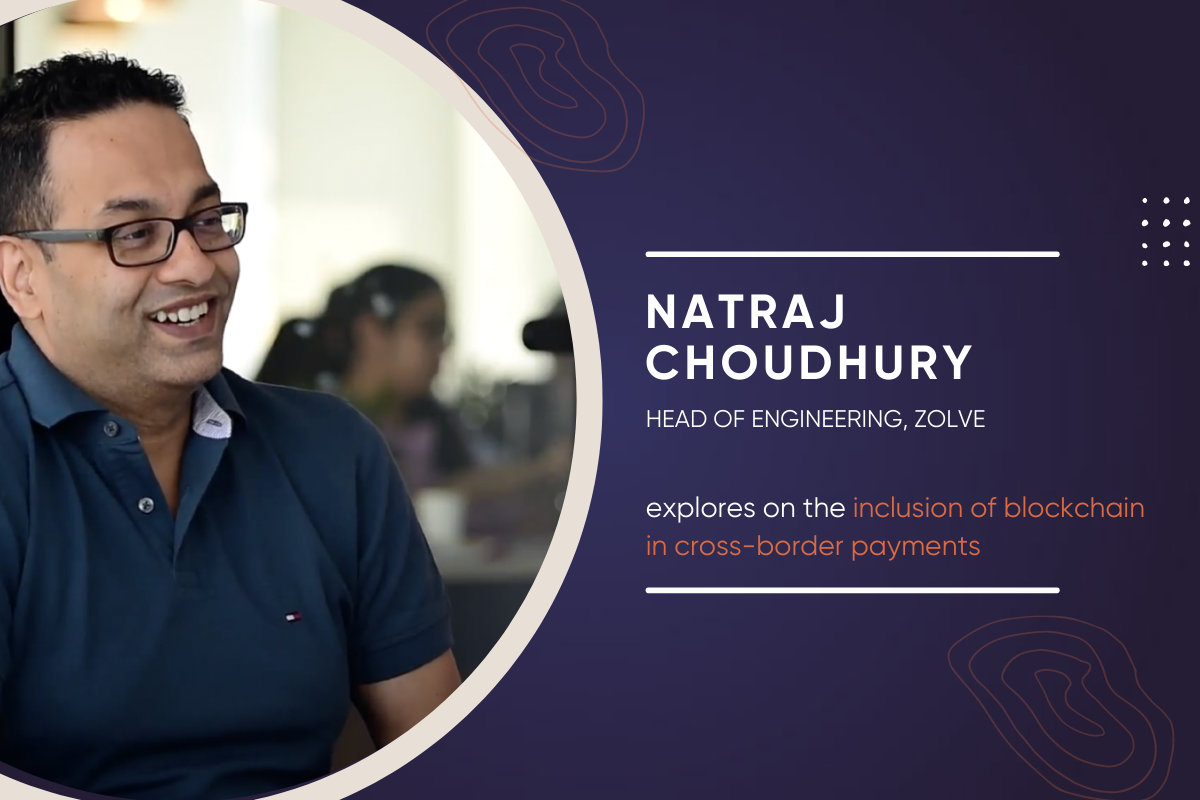 Yes, blockchain will very much be a part of cross-border payments, at present cross-border payments are a pain to put it in a subtle way. Most of it depends on two or more people, who are basically the intermediaries who move the money and make swift transfers. The problem is, one you need accessibility to banks or financial institutions second the cost of the transfer is prohibited and third is that it is slow. Cross-border remittance is a huge business with about $500-600 billion in remittances each year across the globe which makes it the right time for disruption.

Some years ago companies like Ripple, which started in 2012 and Stellar (started a few years later by the same founder of Ripple) have done a lot of things around that. In countries where there are sanctioned sort of banking systems, there is also adoption, for example, the largest amount of B2B crypto transactions happen in countries where you least expect it like Nigeria to name one.

As of now I still think it is in its infancy, while in theory Stellar and Ripple can solve the problem there are a few problems around it like accessibility and conversation to a fiat currency. While moving money from the US to India, by using the Stellar network, it transfers immediately, it is fast. Stellar unlike bitcoin is a free mind it doesn’t take a lot of time. Bitcoin on the other hand is not for transferring money, it becomes very expensive but Stellar and Ripple is not. In theory, you can, but for example, if you do it in India, the challenge is what is the liquidity? are there enough anchor points? Anchors are the on-ram and off-ram, if you buy a currency, the transfer happens and they move from one point to another. Are there enough anchor points, is there enough liquidity for such a trading pace and things like that.

I think it will happen, the industry is right for disruption, although I think it will take a little longer to mature, and completely replace the swift system but it will democratize it. Right now it is available to people who have access to banks and other things. But there are a lot of countries, not just India but also Africa and other places. For instance in Africa, Mpesa has done really well and become a huge success. That’s why I don’t see why this will not, this will bring in the security of the blockchain, the distributor’s trustworthiness of the blockchain and disrupt the system.

Even at Zolve, as of now we handle this through traditional mechanisms and we have a partnership with Transferwise and SBM in India to move money and they are fabulous partners. Both have solid technology, we use them to move money and provide the experience to our consumers. At some point we will also see how to get into it, as of now we don’t have it, right now Stellar looks like the best option especially in countries where we have anchors available who can actually convert it into a fiat currency and there us enough liquidity, we haven’t made any concrete plans yet. We are planning on implementing blockchain at Zolve soon, during the pandemic, the entire concept of blockchain went from being exotic to the mainstream. I think the kind of innovations that have happened, are happening is phenomenal. I think there will be a bit of consolidation as changes will happen but I think the consolidation will happen and we will have a much more stable, trustworthy, cheaper and faster way of moving money. Something that is accessible to people without very formal or large banking systems.

To find out more, watch the entire podcast here: