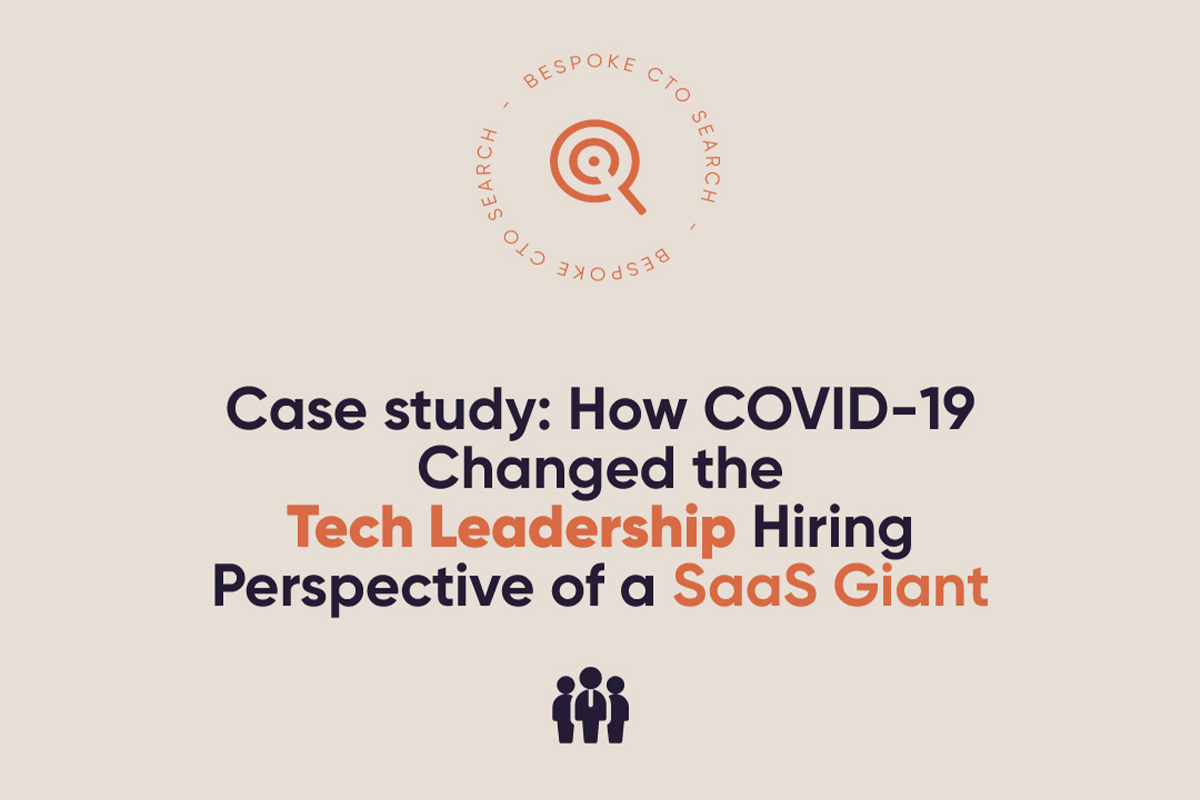 Almost two years back we were living in a world that seems completely different from the one that we live in today. The COVID-19 outbreak has forced us to change the lenses through which we look at companies and individuals. It is a story of one such company and one individual who had united by their altered perspectives. In May 2019, Purple Quarter was engaged with a SaaS giant for a Tech Leadership role. The firm was almost on the verge of becoming a Unicorn, a feat they still aspire to today. We introduced them to a tech leader that in our opinion was a perfect fit for the company. He had a couple of decades of experience in product-based SaaS companies and was then working for a company valued less than 5 times the one he was applying for. Even though the tech leader had job offers in multi-billion dollar companies overseas, staying in India was his top priority. There is no denying that the SaaS giant’s leadership position he was gunning for has one of the best tech infrastructures in the country thus, in India, was one of the biggest targets for people with similar profiles. However, the company was on an upward trajectory and wanted people with experience in larger firms. Another reason for the mismatch of the profile was that the tech leader wanted a remote work option to stay close to his family when necessary. Hence, the tech leader stayed in the same company and the mandate for the role also died down. Fast forward to May 2020. While most companies were struggling to find a revenue stream, this particular firm, like many other SaaS companies, saw an opportunity to expand and grow. They needed urgent leaders to run their expanding business. However, this time, they were looking at candidates with more agility, flexibility, people with hands-on experience with scale, people who are not afraid to come out of their comfort zone to try new things. Remote working was another area where the perspective of the SaaS firm changed along with the entire world. Company functions that were never imagined previously became possible, pivot to remote roles being one such stark shift. Unlike many on-premise systems, SaaS infrastructure has profited from the work-from-home trend. SaaS solutions, which help keep connections tight, have suddenly found themselves in a unique position to benefit remote workers. We received a mandate to close the leadership position as soon as possible. Typically, a role of such stature takes around 60 days to close. But Purple Quarter knew exactly where to go. In just 30 days of the revised mandate, we were working on onboarding the Tech Leader in the SaaS giant. It is truly commendable how quickly the SaaS major adapted to the ‘New Normal’ and got the same Tech Leader onboard in under a month. The swiftness is truly a testament to their leadership team, their TA leader, and the Tech Leader’s adaptability to the new scenario.  This is just one case study of a company changing its outlook to accommodate a post-COVID-19 worldview. Now, we have numerous such examples to attest to this post-COVID tech hiring landscape.