CIO vs CTO: How these Roles Contrast and Complement each other 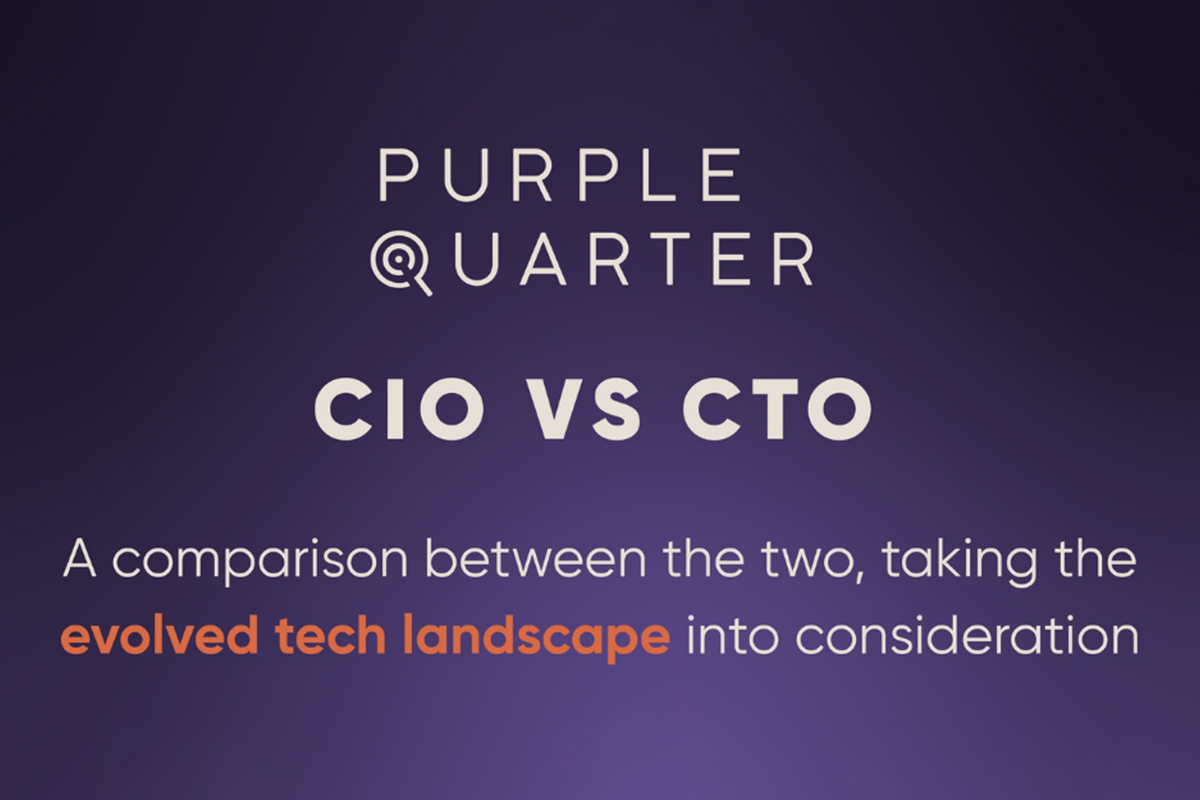 The line between Business and Technology is increasingly becoming blurred. Digital Innovation and adoption have left no other choice. In this evolving landscape, the roles of a Chief Information Officer (CIO) and a Chief Technology Officer (CTO) have exceedingly changed. Let’s take a closer look at how this new environment has given more power to these two highly sought-after profiles. CTOs have a bigger role to play than ever before If the proposition that ‘Technology is King’ is true for an organization, then it is safe to state that a CTO plays the role of ‘Kingmaker’. The fact that this position was a fringe, a decade ago, is a testament to the fact that business operations have taken a 360-degree turn today. The role of CTO has become such a key for organizations that even the White House appointed its very first CTO, Aneesh Chopra in 2009. In most companies, a CTO runs an engineering team while also keeping the customer, end product, and revenue growth in focus. They also play a crucial role as technical evangelists. Cutting-edge technologies are ruling businesses, the SaaS companies are changing the landscape of business; at this crucial time, a Chief Technology Officer in an organization has to make sure effective incorporation of advanced technology to compete.  CIOs are no longer in the backseat The roles of the Chief Information Officer and Chief Innovation Officer have merged. Traditionally, the role of a CIO would be to compile and interpret data on corporate technology. Once the gathered data becomes relevant information, the CIO would implement procedures on strategic planning, operational efficiency, and more. If we have to draw a strawman, a CIO would be a person who takes a backseat when it comes to running the business. However, the modern era has changed the rulebook. Catalyzed by the fact that businesses need to grow and adapt at a faster rate than ever before, a Chief Information Officer takes on the internal role of a Chief Innovation Officer. The CIOs have to upgrade their skills, pace up to the innovative ideas of the time and also make sure that the organization is coherently evolving.  The contrast between a CIO and CTO One of the stark differences between these two profiles is that a CIO generally plays a more introspective role within the company whereas a CTO functions from an external standpoint. A Chief Information Officer monitors the day-to-day operations; while, the Chief Technology Officer has to view the bigger picture and structure the frameworks, by incorporating the latest technologies or modifications and update the existing applications. In larger organizations, it would be safe to say that the CIO manages IT infrastructure and the CTO manages the business’s technology architecture. However, when resources are unavailable, a CTO generally absorbs the responsibilities of a CIO. Coming to the skill requirements, the technical knowledge of the CTO should be off the charts in multiple domains. If you are building one of the world’s best tech companies, you should ideally have one of the world’s best CTOs. However, a CIO doesn’t need to be that tech-savvy. CIOs need to possess organizational skills, managerial skills.  It is often the case that CIOs are chosen to be employees with experience within the company while it is common to hire a CTO externally. And thus, it becomes imperative to hire the most suitable CTOs and Tech Leaders with not just the right acumen but mapped by the right profiling, one who is in tune with the organization’s vision, strategy and goals. With years of industry experience and singular domain focus, Purple Quarter understands the ‘hit or miss’ criticality of the right Tech Leadership hire for businesses.